We assist businesses in all areas of Dispute Resolution

Dispute resolution can take a number of forms. In a legal setting, it usually entails litigation, which involves dispute resolution through the courts. Litigation work is limited to attorneys practicing as such at law firms. Caveat is not a traditional law firm and does not offer a litigation service.

Our experienced and specialised litigation lawyers are, however, available to advise individuals and businesses on litigation avoidance strategies, alternative dispute resolution options, available remedies and pre-litigation steps. They are also available to assist law firms with overflow litigation support work such as discovery and trial preparation.

Clients don’t need lawyers, they need trusted advisors who are experts in the law. 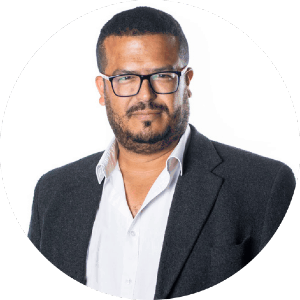 Dispute resolution can take place through a number of forums. Where a contractual or commercial dispute arises, it will typically be resolved either by litigation in a court or by way of arbitration.

The referral of a dispute to mediation may be a step which the parties are required to take before the matter may be referred to arbitration, however, but the findings of a mediator are not usually binding.

Whether or not a dispute should be referred to arbitration or dealt with by the courts will depend on what has been agreed in this respect between the parties. To this end, a dispute may only be referred to arbitration where the parties have expressly agreed to do so, and care therefore needs to be taken to ensure that a dispute is instituted in the correct forum.
Typically, arbitration proceedings are fairly similar to court proceedings save that they may be less formal, the parties may have a say in respect of the appointment of the arbitrator and the timing of the hearing, and they usually take less time to finalise.

That said, resolving a dispute by way of arbitration can be more expensive because the parties are required to carry the costs of the arbitrator, the arbitration venue, the recording of proceedings, etc., which is not the case with litigation before a court.

Resolving disputes does not always entail litigation. It is the ability to analyse the issues at hand and provide sound legal advice based on a formulated resolution strategy which, after thorough investigation and analysis, responds to the issue at hand while ensuring the client’s expectations are matched. 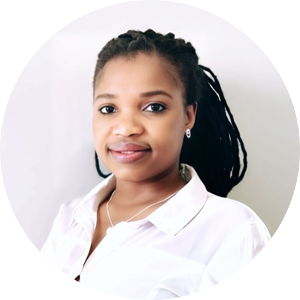 Should I litigate on matters where the monetary value is low?

Litigation should always be a last resort, particularly given the high costs of legal fees and the inherent risks associated with litigation. When the monetary value of the issue litigated on is relatively a low amount, there is even more reason not to litigate. This is why Caveat’s litigation support service is so important, as our clients are assisted as far as possible to avoid litigation, and where litigation is unavoidable, to strengthen their position to mitigate the risks associated with the litigation.

How long does litigation take to complete?

This is a very difficult question to answer, as there are a number of variables which have an impact on the duration of litigious matters. On average, it could take anything from a year to two years for a trial (where the evidence is led before the presiding officer) to commence from the date of summons being issued and served on a defendant. Once the trial has been completed, the presiding officer could take three to six months to deliver judgment (this could be more or less, depending on the particular judicial officer). Appeals and reviews could also take place which would lengthen the process even more. These proceedings are known as action proceedings. The time period would be somewhat shorter in the context of application proceedings. The main difference between action and application proceedings is that the former is commenced by way of summons and evidence is presented orally, while the latter is commenced by way of notice of motion, and evidence is presented by way of affidavits.

Very simply, an acknowledgment of debt (“AOD”) is a written

Read More
We use cookies on our website to give you the most relevant experience by remembering your preferences and repeat visits. By clicking "Accept All", you consent to the use of ALL the cookies. However, you may visit "Cookie Settings" to provide a controlled consent.
Cookie SettingsAccept All
Manage consent

This website uses cookies to improve your experience while you navigate through the website. Out of these, the cookies that are categorized as necessary are stored on your browser as they are essential for the working of basic functionalities of the website. We also use third-party cookies that help us analyze and understand how you use this website. These cookies will be stored in your browser only with your consent. You also have the option to opt-out of these cookies. But opting out of some of these cookies may affect your browsing experience.
Necessary Always Enabled
Necessary cookies are absolutely essential for the website to function properly. These cookies ensure basic functionalities and security features of the website, anonymously.
Functional
Functional cookies help to perform certain functionalities like sharing the content of the website on social media platforms, collect feedbacks, and other third-party features.
Performance
Performance cookies are used to understand and analyze the key performance indexes of the website which helps in delivering a better user experience for the visitors.
Analytics
Analytical cookies are used to understand how visitors interact with the website. These cookies help provide information on metrics the number of visitors, bounce rate, traffic source, etc.
Advertisement
Advertisement cookies are used to provide visitors with relevant ads and marketing campaigns. These cookies track visitors across websites and collect information to provide customized ads.
Others
Other uncategorized cookies are those that are being analyzed and have not been classified into a category as yet.
SAVE & ACCEPT